Comair has announced that flights to St Helena with British Airways operated by Comair will depart Tambo International Airport (Johannesburg) at 08.30am local time every Saturday and will arrive at St Helena’s (HLE) Airport at 11.30 GMT. Erik Venter CEO from Comair said he is proud to be selected to provide the air service to St Helena. 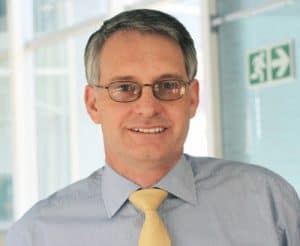 The Aircraft a Boeing 737-800 will depart St Helena at 12.30 the same day and will arrive back at Tambo International Airport (Johannesburg) at 1830 local time. This means that passengers will connect seamlessly to London via British Airways twice a day along with other destinations that connect at Johannesburg’s Tambo International Airport. Comair will operate two choices of cabins which is business and economy class on the Johannesburg to St Helena flight which offers the highest standards of comfort that is expected by British Airways. Passenger’s traveling with Comair in business class can expect to enjoy extra leg room and a separate cabin along with great meals and award winning wines served on route. Economy class will offer relaxation and complimentary refreshments and drinks.

A return flight in economy class to St Helena from Tambo International Airport will cost £583.00 all inclusive. Whereas a business class flight will cost £943.00. Erik said Comair is eager to start serving the new route as soon as all regulatory and compliance have been met. Comair operates over 400 flights a week across South Africa and the Indian Ocean and celebrates 70 years of operation, Comair was established in 1946. Comair took delivery of a new Boeing 737-800 in February 2016 as part of the airline’s ongoing fleet upgrade, enabling it to operate South Africa’s most modern and efficient fleet.

The long awaited flight pricing will be welcomed by many who are keen to visit St Helena.

What are your thoughts on the price structure for the flights to St Helena?