Historically, many attempts were made to construct an airport on St Helena, it is said that the first attempt was in the 1940’s followed by feasibility studies in the 1960’s, 1970’s and in the 1990. In 2001, a company by the name of SHELCO submitted their plans to construct an airport on Prosperous Bay Plain, the plans showed two runway alignments. A year later SHELCO announced plans to build a 5-star hotel in conjunction with developing air access. This however was superseded by the British and St Helena Governments plans to construct the airport themselves. In 2004, the UK government commission WS Akins to carry out a comprehensive study for air access to the island. The report demonstrated that an airport would provide the catalyst for economic growth for the island.

In December 2008, the British government announced a “pause” in the airport project; the credit crunch was blamed for the pause. However, IMPREGILO pulled out of the running which brought a South African company called BASIL READ back in contention and BASIL READ was eventually awarded the design construct and operate contract in November 2011.

The project consisted of a purpose modified ship to carry the construction materials from West Africa to St Helena , the design and construction of 14km of access road, 6 million litres of bulk fuel installation , drilling and blasting of 8000 cubic meters of rock, 2000m of concrete runway, terminal buildings, tower and fire facilities with associated lighting navigation and other services.

People who started the project

Approximately 430 staff was employed on the project which includes both overseas and on island. The staffing on island was approximately 360 of which 240 were SAINTS. The first saint Helenian to be employed by BASIL READ on the project was a civil engineer named Alan Hudson, he was employed as a Site Agent. He assisted BASIL READ to mobilise on island. He also found the water which was vital for the project and assisted the drilling of several ground water boreholes. Subsequently went on to manage all of the drill and blasting operations in the earthworks. BASIL READ established a depot in Namibia to tranship materials to St Helena for the airport and also converted a landing craft type ship to carry fuel, plant and materials to the island. This ship, the NP glory 4 was designed to dock against a newly constructed temporary jetty in Ruperts Bay. The temporary Jetty was constructed in April 2012. In July 2012, the NP Glory 4 was first ship to dock against the shore.

The first Aircraft to land. 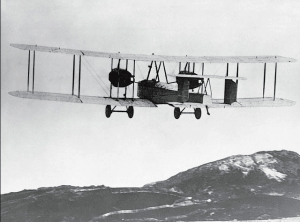 The first aircraft to land on St Helena was the Beechcraft King Air 200 type aircraft. She landed on the newly constructed runway on the 15 September 2015. This was a historical moment watched by people on the Island.

The runway is designed to accommodate the Boeing 737- 800 or Airbus 319.  The runway is approximately 2000m long with 1550m of available landing length.

BASIL READ in collaboration with LANSERIA airlines has a ten year contract to operate the airport and air access to St Helena. COMAIR was selected as the preferred airline to operate an air service from joburg (OR) Tembo International to St Helena and return. COMAIR will use a brand new 737- 800 aircraft to provide a weekly schedule flight from Joburg to St Helena and return. COMAIR will also run a monthly service to Ascension to cater for the contractors working up in Ascension and the Falkland Islands. Atlantic Star Airlines will offer a long haul flight from London to St Helena and return stopping at Banjul west Africa only for fuel. This is a chartered flight operated by TUIfly airlines and will continue to provide additional charters if required.

The construction of the Airport was completed in February 2016 and scheduled to be officially opened to commercial air traffic in May 2016. BASIL READ and LANSERIA will operate the airport under contract to the St Helena government for ten years. St Helena airport offers an open skies policy.